As simple as one one two

How do you explain to children what number they should call in case of an emergency?

How can you tell the story of the young Shayan, who saved his mother, within mentioning his specific name and situation?

And how can you create a tool that teachers can use in their classrooms?

Our proposal: use fun illustrations, fancy music and a mind-blowing chorus!

Every project starts with a briefing. So, listening is crucial. What is the purpose? Who is the audience and what do we really want to achieve? What is the source material? Only after this information has been clearly sorted out, we start to brainstorm and exchange ideas with our customer.

In this particular case, the initial briefing contained 2 short projects: a communication to tell the story of Shayan, aimed at adults, and a second communication to children to get to know 112.

So, after an internal brainstorm, we asked ourselves: why not combine both?

Our concept: an animated rap video that explained all. In 4 languages (Dutch, French, German and English). 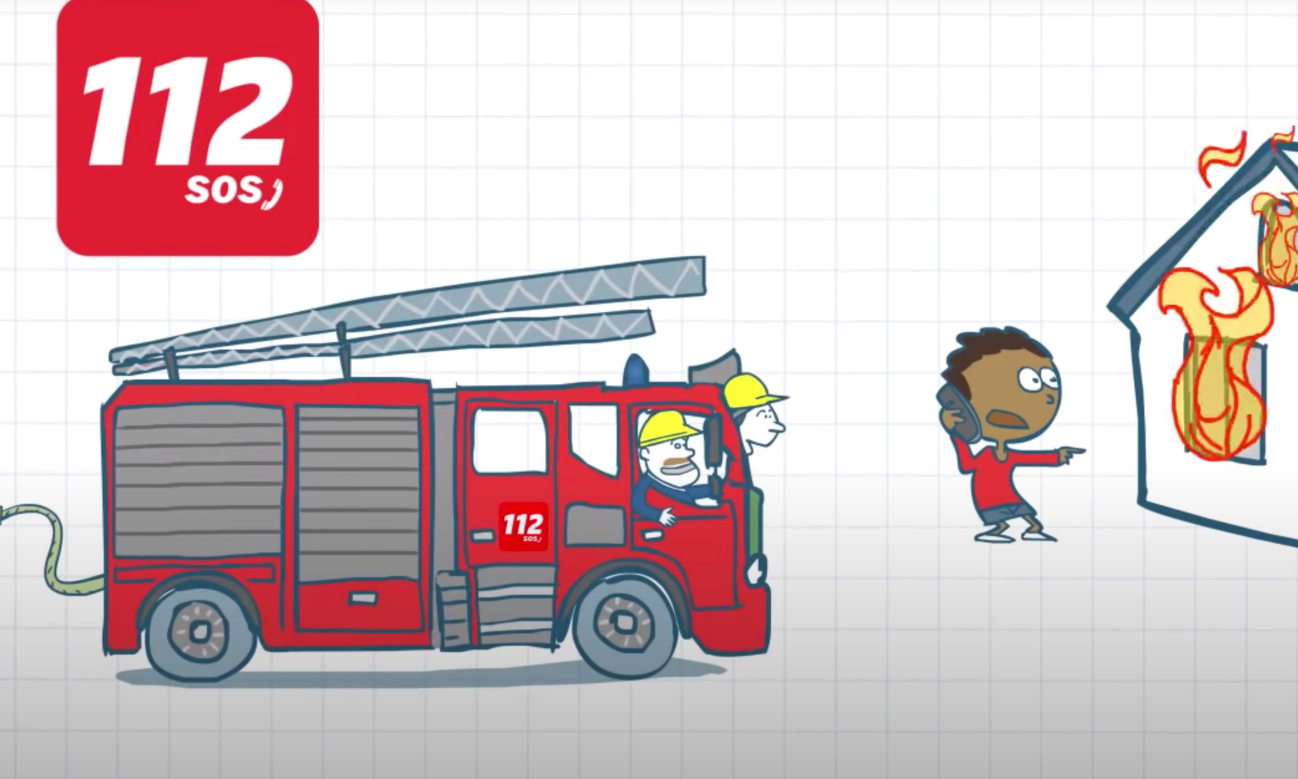 On June 2nd, and for the second time, Instruxion won the Award for “Best Training” at the Belgian Corporate Video Festival 2016. Out of 372 entries, our video about the emergency telephone number 112, commissioned by FPS Home Affairs (FOD Binnenlandse Zaken), got the first prize.

The panel praised the video as follows:

“Through a playful animation, the Federal Public Service Interior explains what you need to do in an emergency situation. The repetition of “call 112” is original, upbeat and fun while avoiding an authoritative tone. This way, the message lingers in the memory of its target audience. The animation is designed for children but is as effective for a wider audience. Repetition works and you are carried away by the rhythm. The simple animation is nicely done as well.”

And that was only just the beginning. The official 112 website also included a real kids page, containing the “112” videos and many extras that we helped to create:

Since 2016, the music video is an essential part of the primary school educational programme, but they are also used by het Rode Kruis and the civiele veiligheid. Minister-President of Flanders Jan Jambon introduced the video in various classrooms, which was broadcast by the national media.